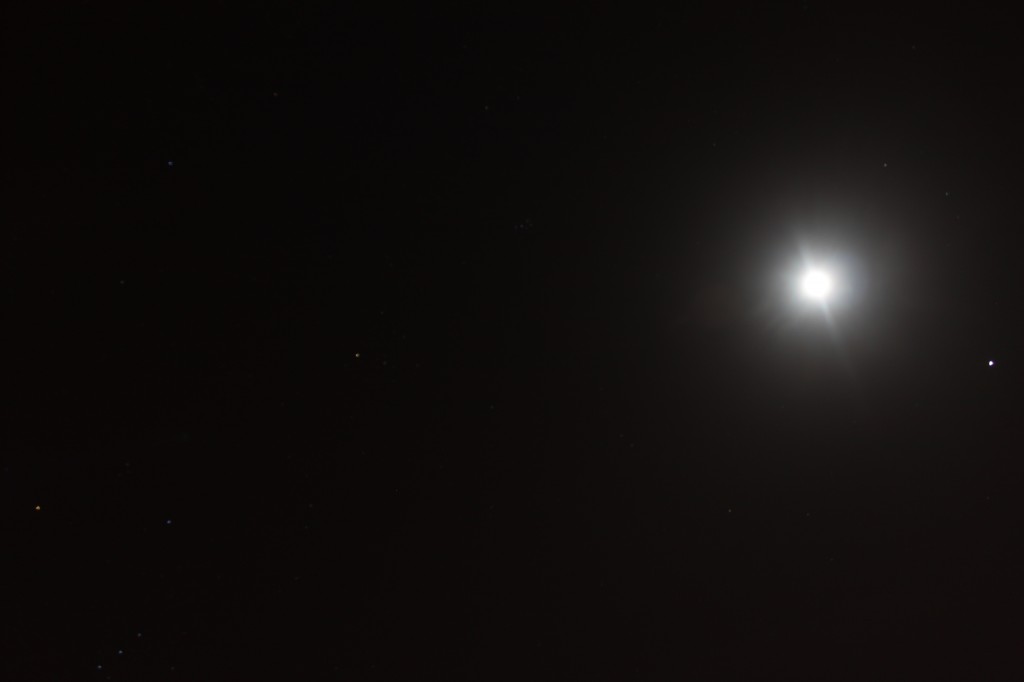 Jupiter and our Moon

Last night Jupiter was pretty close to our Moon, or at least it appeared that way from my reference frame, Earth 😉 So I unleashed my camera, did some time-lapse astro-photography, and made a movie using those images. The big bright thing that looks like the Sun – that is actually sunlight, reflected from the Moons surface. Below and to the right of the Moon, that bright ‘star’ – that is actually sunlight, reflected from Jupiter 🙂

In addition to our Moon, and Jupiter; you’ll also see several constellations including the Pleiades, Taurus, Orion (including Betelgeuse, and the Orion nebula aka M42), and Gemini. Although having looked at how Windows Movie Maker and YouTube have ‘massaged’ the images I’m greatly disappointed. Does anyone know some decent software to generate movies from JPEG or .CR2 or similar filetypes? Anyway, here’s the video…

The images were taken using a bog-standard Canon Eos 500D with kit lens (18-55mm) with a Hama UV filter. Lens was at wide-angle (18mm), F/4, 15 second exposure, ISO-100, images encoded on-camera as JPEG (yeah, I know). Zero image processing, save that done by Windows Movie Maker & youTube to make into a movie as they savaged the image detail; oh well.

Like most urbanites I fight the good fight against light-pollution and the images came out reasonably well all things considered. The image below was taken with the same setup as the still image above, except this one is ISO-800 and a 10 second exposure (the previous one was ISO-100 and 15 second exposure). You can see the sodium orange hue, but there is also more detail from the stars, despite the over-exposure of the Moon. Still, cool enough for a basic camera and zero post-processing in an urban location 🙂 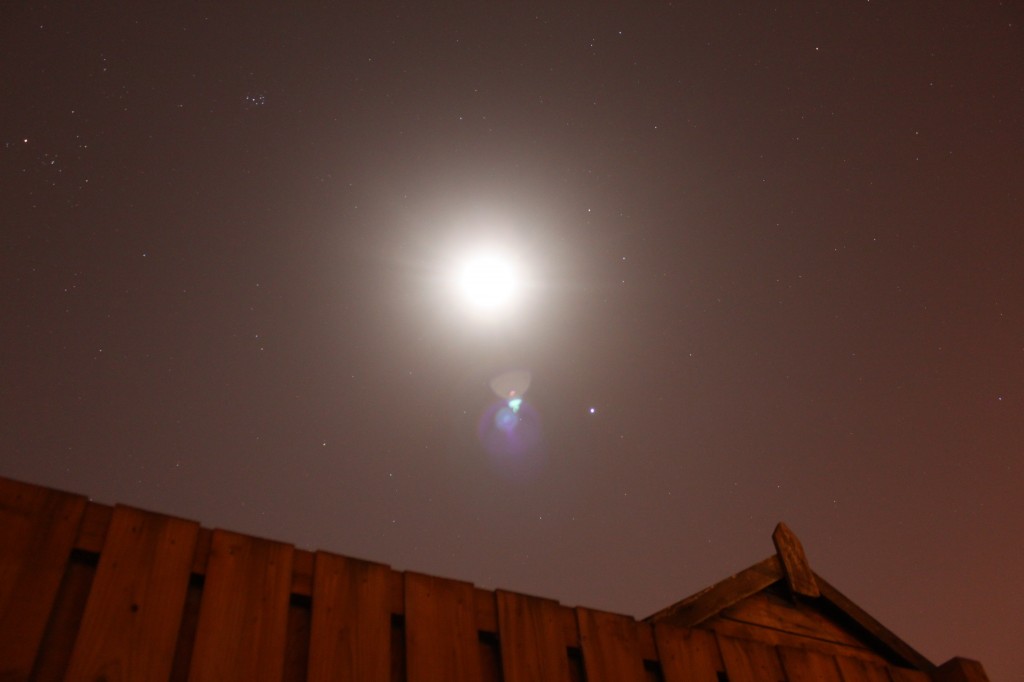 Feel free to leave your comments below…