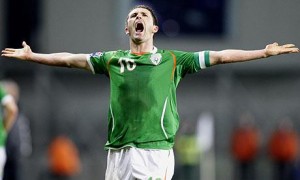 Ireland are the 4th best team in Europe. Well they could be. Okay, it’s possible. Yes, it may not be probable. But the logic is sound… The 2 teams who qualified from Irelands group (Spain, Italy) have made it all the way to the final. So it’s possible that Croatia and Ireland (the 2 teams who didn’t qualify from our group) were better than all the other teams in the tournament. We can’t know for sure because neither team got a chance to play beyond the group stage. But we do know that Spain & Italy beat everyone they played, so Croatia & Ireland may have been the “best of the rest”. Therefore it is possible Croatia are the 3rd best team in Europe, and Ireland are the 4th best team in Europe. QED. In logic we trust.