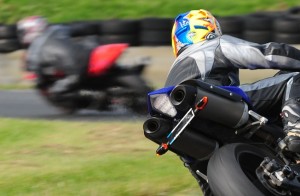 Vehicle Registration – or not 🙂

You’ve just bought a new car or motorbike and you’ve got to get it registered. Many of us like to get a vehicle registration number that we like, rather than a random string of alphanumeric symbols. Some countries allow personalised number plates that stay with the person, not the vehicle. Not so in Ireland, where the registration stays with the vehicle for life.

I like the Irish registration system because it’s both informative and simple, like me lol. Each vehicle is assigned a registration in a format like this “11 – D – 12345”. The “11” corresponds to the year of registration of the vehicle i.e. 2011. The “D” is the county where the vehicle was registered i.e. Dublin in this example. The “12345” is a unique number for that year for that county, beginning at “1” (for the first car of the year) and incrementing for each subsequent vehicle registration. So the first vehicle registered in Dublin in 2011 was 11-D-1, the 123rd registered in Dublin in 2011 was 11-D-123, and so on.

This system allows a person (e.g. prospective buyer) to know where and when a vehicle was registered. So by looking at a vehicle registration I know how old it is, and get an idea if it’s from the start of the year, or towards the end of the year. I also know where the vehicle is likely to have spent some of it’s life, and location is important for a few reasons:

Returning to the “when” a car was registered, there is another interesting phenomenon “Year envy“. Whether you’re into vintage or modern cars, age matters. On January 1st 2012, all those “11” cars are already so last year, even if they were registered in December 2011! Sellers, and more importantly buyers, are acutely aware of the crucial “year of registration”. One significant result of this phenomenon is massive variation in sales volume over the year. According to the Society of the Irish Motor Industry (SIMI) “nearly 50% of new cars are sold in the first quarter of the year” [1]. You can imagine the logistical, staffing, and (un)employment issues that variation creates. This “camel-hump” sales volume is a difficult beast to ride for motor retailers.

In their budget submission [1] SIMI have suggested a half-yearly addendum to the year of registration e.g. 121, and 122. This could help give a lot of new car sales in June, when the second half of the year starts, and it could help ease the January frenzy. Perhaps such a “twin camel-hump” will be easier for motor retailers to live with? But I’m not convinced it will help a great deal. It’s a bit reminiscent of children who insist they are not 5 years old, but 5 and a half years old, with particular emphasis on the “half”. But really, you’re 5, no-one except you cares about the half; but with children we indulge them. When I’m buying a second-hand car what I really care about is the year of registration, any sub-annual addendum is just that, an addendum.

SIMI have also suggested [1] introducing the ability to re-designate a vehicle in another county. At first glance as a consumer I could find that appealing – I can have any vehicle and I can still have my all-important “D” for Dublin (UP THE DUBS). But at second glance it comes at too high a price for me:

I don’t see an easy solution to the camel hump phenomenon of vehicle sales for those in the motor trade, at least none which is compatible with consumers interests. Those interests are that vehicle registration numbers should be both informative and simple; and I think that’s important for all consumers.