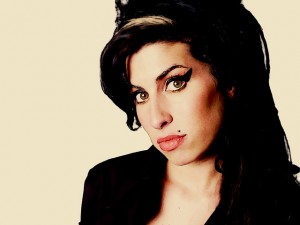 The sudden and untimely death of 27 year-old singer-songwriter Amy Winehouse is a tragedy. I wasn’t sure “tragedy” was the correct word, but it is. One definition of “tragedy” is “a dramatic composition, often in verse, dealing with a serious or somber theme, typically that of a great person destined through a flaw of character or conflict with some overpowering force, as fate or society, to downfall or destruction.” She was a great talent, and she had a flaw (substance abuse) which ultimately destroyed her life; indeed a tragedy. 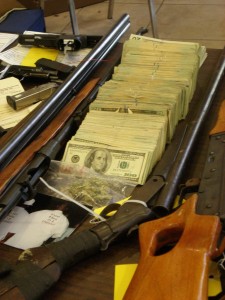 Where does your drug money go?

But as tragic as Amys untimely death is, it’s not the real tragedy here. The real tragedy is the lack of awareness, or worse, the callas disregard of how substance abusers actions impact other peoples lives; and the failure to accept responsibility for their actions. I’m talking about the impact the illegal drugs industry has on the lives of millions of people who are caught up in it – innocent farmers whose land is taken; those who are killed because they spoke out against drug barons; the drug mules forced to carry their deadly cargo internally or externally; those who live in constant fear in communities ravaged by drug addiction and attendant crime. These people are the real victims of drug abuse. The sad fact is substance abusers like Amy Winehouse fund this tyranny.

Substance abusers should recognise and accept they are a root cause of this misery. Without the purchasing power of willing substance abusers there would be no market for the drug barons. It’s a law of economics “supply and demand”. So the next time you or someone in your social circle buy or use some drugs (regardless of how small) be aware of where and to whom the money for those drugs is going; it’s going to drug gangs in poor neighbourhoods, to drug barons in your city, and drug cartels internationally. And be aware that your drug-funding impacts massively on the real victims of drug abuse. Then make an informed and conscious decision about whether or not you really care one iota about the misery the drug industry you fund has wrought on individuals, families, communities, and societies all over the world. 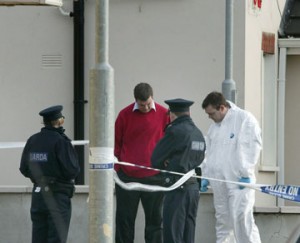 One such example is the callous murder of an innocent young man, Anthony Campbell a 20 year old apprentice plumber who was but murdered simply because he was a potential witness to a gangland murder. Here’s an excerpt from the Coroners inquest as reported by the Irish Times “Detective Inspector Kieran McEneaney told an inquest into the double murders that Mr Campbell was killed to eliminate any risk of Hyland’s [a known criminal and target of the hit by other criminals] killers being identified at a later date. “Sinister criminal elements of a serious criminal persuasion were involved in the deliberate and violent murder of Martin Hyland and in the ruthless taking of the young life of Anthony Campbell,” he said. Coroner Dr Kieran Geraghty said Mr Campbell was a “hard-working and innocent young man who was callously and brutally murdered.””

And while some might claim their individual drug use makes no difference, they probably buy fair-trade coffee and recycle their waste because they believe that does make a difference. And it does, because a group of individuals acting collectively will make a difference.

The death of Amy Winehouse (and many more like her)  is a tragedy. But the real tragedy is that Amy and all drug-abusers fund a drug-industry that destroys the lives of millions of truly innocent victims.

Update: 26-Oct-2011. The inquest into Amys death concluded that on the balance of probabilities she died from misadventure. The medical evidence presented showed that she had prescription drugs in her system including librium (used to counteract the effects of alcohol withdrawal syndrome); the levels of alcohol in her system were over 5 times the drink driving limit (80mg alcohol per 100ml blood), she had 416mg per 100ml blood. It is perhaps ironic, given the hard core drugs she had used, that it was the good old reliable alcohol that got her in the end.

1 Response to Amy Winehouse – The lesser of two Tragedies